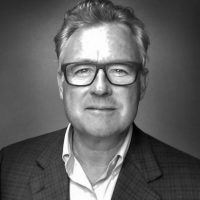 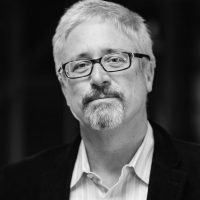 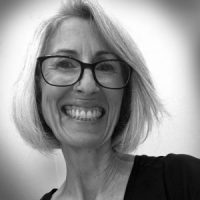 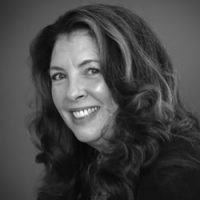 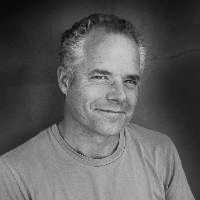 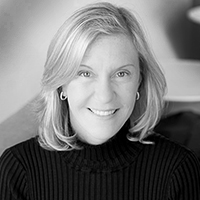 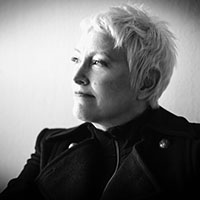 As continuous disruption brings fierce competition from seemingly every direction, brands need veteran marketers with strategic acumen to guide them to a better place – but they may not have the in-house resources. That’s why Chromium brings you people with seniority, industry-specific expertise, and vast networks of supporting talent.

We Create Success by Building on a Sound Strategic Foundation

At Chromium, we’ve developed a core strategic framework – the BrandArmature® – that drives expressions of brand in the marketplace and expressions of culture in the workplace. It’s a radically simple idea that holds tremendous power.

Learn How it Works

Chrome Green is a remarkably stable pigment, so it is often used in paints.
It also makes up the green glass in that bottle of wine you just drank, which has likely made you somewhat unstable. Life and brands are full of contradictions like this, and it’s only with a strong framework that you can make any sense of it all and move ahead with some measure of surety. The Chromium BrandArmature provides companies with the framework they need to navigate this complex world. Have us build one for your brand, and your competition will be green with envy at your success.

Tony Wessling is the Co-founder and Managing Partner of Chromium. He works with ambitious, visionary leaders who are intent on building successful companies, and uses his expertise in branding, creative, and communications to catalyze that success.

An avid writer and speaker on branding and corporate culture, Tony is the co-author, with Peter van Aartijk, of the book The Powers: Ten Factors for Building an Exponentially More Powerful Brand. He has presented to numerous business groups in the U.S. and Europe including Assurex Global Branding & Communications Summit, the Financial Communications Society of New York, UC Berkeley Center for Entrepreneurship, LocWorld in Seattle and Berlin, Germany, the Association for Corporate Growth, the Fraternal Alliance, Fleming Martin Executive Leadership Program, the San Francisco Chamber of Commerce, and the Swiss-American Chamber of Commerce in Zürich, Switzerland and San Francisco. He has also been a guest lecturer at the Academy of Art University and San Francisco State University College of Business.

Tony received his BFA in Design from the University of Michigan at Ann Arbor.

Peter van Aartrijk works with client leadership to define marketing communications strategies that translate into highly effective programs. As Director of our DC Metro office and Principal of our Insurance Practice, Peter brings 30 years of branding and communications experience to help meet the complex challenges our clients face in a constantly shifting business landscape. Peter's leadership has benefited numerous national and international brands, including ACORD, Assurex Global, Clements Worldwide, InsurBanc, Progressive, Trusted Choice, and others. He is the founder of Aartrijk, an insurance-specialist branding firm, and prior to that held senior marketing communications positions at the Independent Insurance Agents & Brokers of America and the Insurance Information Institute.
Peter holds BA degrees in English and Journalism from Rutgers University. Peter has appeared on CNN, CNBC, Fox News and other networks, and he has been quoted in The Wall Street Journal, The Washington Post, USA Today, Kiplinger's Personal Finance Magazine and other national press. He is a frequent speaker on issues of branding and marketing and is co-author of Zoom: Focusing on Brand Dominance, a branding guide for the insurance industry.
× 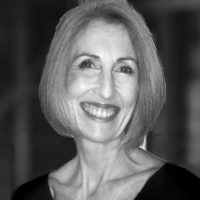 Fiona Gray is a creative and design led thinker, brand strategist and business driver who enjoys solving problems and delivering exemplary solutions. As Telecommunications & Broadcasting Practice Leader, Fiona brings 30 years of global brand and communications experience to this constantly changing industry. Throughout her career, Fiona's agile leadership has impacted brands globally including: Aircel, Astro, Base, BT, Globe Telecom, ITU, Maxis Communications, New Zealand Telecom, 02, Orange, Sky and Three. Fiona is a passionate advocate of Chromium's integrated and coordinated approach to Brand+Culture. She is a firm believer that there are universal truths - regardless of sector or size - and that, with a customer-centric strategy and employee-centric culture, great and relevant things can happen.
Fiona studied Graphic and 3 Dimensional Design at Suffolk College UK, graduating with Distinction. She started her career as a concept designer and creative director for brand to life projects, before moving fully into brand strategy. Fiona continues to apply creative thinking to everything that she does, producing strategically creative world-class work. Fiona's extensive branding experience extends outside her Practice Leadership into Banking, Energy, Health & Beauty, Insurance, Publishing and Real Estate. However, her passion is the Telecommunications industry, as a result of first-hand experience of seeing people's lives changed for the better through global connectivity.
×

Maria Rosati's goal is to help client’s become recognized for their superiority, especially within a particular sphere or profession.  Her guiding principle is to partner with our clients as a trusted advisor to develop customized strategies that align with their business goals.

Ms. Rosati is the ultimate optimist, always believing that the glass is half full. She sees opportunities where others don’t.  She has a proven track record in developing and implementing strategic marketing programs that help brands generate revenue and ensure her client’s messages reach the right people at the right time.

Maria’s background includes more than 25-years of experience working with client’s in the B2B and B2C space.  She was an early adopter of understanding how content strategy, distribution and lead generation are the key metrics for creating successful businesses and brands.

Throughout her career, Maria has been active in new business development from small to mid-size organizations in which she is known for being ahead of the curve and embracing new trends or tapping into business that are industry disruptors.

Prior to joining Chromium, Maria worked at Legg Mason, a leading global asset manager, for more than ten years in which she spearheaded the firms efforts to integrate marketing and communication to create a robust content platform.  She joined Legg Mason from Citi’s Global Wealth Management practice where she helped elevate brand awareness around the firm’s philanthropy and investment capabilities. Earlier in her career she worked in Mexico City helping multi-national clients, post NAFTA, to market their products to a new and emerging economy in Mexico.

Maria has spent her career both on the agency side and in-house working across all areas of communications including investor relations, digital marketing, media relations, social media, content strategy, crisis communications and message development with the goal of building, maintaining and enhancing her clients' corporate reputations.

Julie is a brand and creative strategist, and an experienced marketing-communications executive who has worked on some of the best known and most beloved brands in the world.  A versatile marketing strategist, Julie specializes in revitalizing existing brands and launching new products with bold, omni-channel marketing plans. She develops hard-hitting campaigns that generate quantifiable results.

Her primary focus has been in family entertainment as Chief Marketing Officer for FEI (Disney On Ice, Disney Live, Ringling Bros.) VP of Marketing and Licensing for the Discovery Channel, SVP of Marketing for the National Wildlife Federation and National Promotions and Sports Marketing Director for the Burger King Corporation.

Julie started her career at Coca-Cola which was the springboard into brand management where she developed a string of successful marketing initiatives and new product launches in the noisy and crowded beverage category. That experience led to overseeing the launch of new programming, live entertainment franchises, e-commerce entities, licensed merchandise, major movie tie-ins and new technology in the medical device industry. Julie applies universally applicable marketing principles with a unique approach and an inventive slant. She incorporates emerging trends and tools to insure maximum consumer engagement in some of the most intensely competitive industries.

Julie resides in the San Francisco Bay Area where she never ceases to be inspired by the people, the place and the possibilities.

Julie has launched and/or revitalized the following brands:

The Land Before Time

Julie is a full-stack marketer and perception engineer recognized as the driving force behind transformative B2B and B2C GTM plans that drive customer acquisition and retention and bring brands to life. She wields strong business acumen with 10+ years of excelling at envisioning and launching initiatives that drive revenue growth, expand the client base, solidify loyalty, develop best-in-class brands, and increase market share.

She helps clients develop short-term high impact strategies as well as annual integrated and targeted campaign strategies based on data, metrics, customer insights, sales, and competitive research/industry trends. Her keen business sense and marketing expertise at each stage of the customer experience through phases of product launch, brand strategy, messaging, and storylines across media (digital, video, social, mobile, print, etc.), programs (webinars, conferences, sponsorships etc.), and audiences. She also leads strategic goals with hands on involvement at the detailed task level when necessary, and sets stretch goals and clear direction for companies that are outsourcing marketing.